If you are a lover of cold coffee, you might have noticed that the latest trend in caffeinated iced beverages is cold brew coffee.  Every trendy coffee shop seems to have their own version of this drink, served in a variety of flavors and sizes.  You may be wondering: is it possible to avoid paying five dollars per cup by making cold brew coffee at home?

It is actually quite simple to brew your own cold brew.  It is surprisingly cheap as well.

In short, to make simple Cold Brew coffee at home:

See that? No fancy equipment or barista skills are needed. Before we now go into more detail how to make this tasty beverage, let’s take a closer look at what exactly cold brew is and how it came about.

What is Cold Brew Coffee?

Iced coffee is made, as the name suggests, by adding ice to coffee.  Hot coffee is brewed and is either poured over ice (which seems to create a sad, watery, luke-warm concoction) or is chilled first before being added to a glass with ice.

Cold-brew, on the other hand, is created by soaking coffee grounds in water and then straining to separate the liquid from the grounds.  Oddly enough, there is nothing “cold” about the brewing process, as room-temperature water is used (although if you use hot water, it can speed up the process some).  The cold part comes in later when the drink is either refrigerated or added to ice.

The taste of these two coffee drinks, is, of course, somewhat similar.  Both processes use the same ingredients, but there are definite differences you will notice from the first sip.  People often describe cold brew as being less acidic, rounder, or smoother than regular coffee.  You will have to try both yourself to determine your preference.

The origins of cold brew coffee can be traced back to Dutch traders in the 1600s who traveled with cold brew concentrate to keep them caffeinated on their long overseas journeys.  Upon visiting Japan, the Dutch passed this cold brew concept onto the Japanese.

The Japanese used this cold brew concentrate to make what is called Kyoto-style coffee.  The time-consuming process involves dripping singular drops of water through coffee grounds.  Check out these intriguing Kyoto-style brewers that make this process possible.

This narrative, however, is not the undisputed origin of cold brew coffee.  It is also believed that cold brew could have had its beginnings in Latin America.  A true beginning is difficult to pinpoint as cold brew is simply the practice of creating a coffee concentrate (or syrup) and mixing it with water, which could have occurred independently throughout the globe.

Cold-brew ventured to the US after an American chemist named Todd Simpson traveled to Guatemala and tasted the drink.  He became the inventor of the Toddy Cold-Brew System that introduced the drink to the states in the 1960s.

Its Easy To Make Cold Brew Coffee at Home

Yes, you can make cold brew coffee at home, and you don’t need a fancy Kyoto-style brewer to do so.  In fact, you can replace that intricate machine with something as simple and cheap as a mason jar.

Once your mixture is done straining, you have your cold brew concentrate!

A note on the grind size of your coffee beans: You want very coarse grounds, as coarse as your grinder will create.  For an in-depth discussion on this topic, see this article, but in short, the grounds should be about the size of peppercorns.

The recipe above uses a mason jar to soak your grounds, but if you aren’t feeling the mason jar (perhaps they feel too “trendy” to you), there are many alternative options.  Really, you only need a container that can hold as much water and grounds as is desired for your batch.

A french press may also be used, which simplifies the brewing process even further as you can filter the grounds and the concentrate in the french-press.  This eliminates the need for a separate filtration set-up and is a good choice if you frequently wish to make cold brew.

There are also different cold-brew makers on the market for those who wish to invest even more money in their cold-brew adventures.  A simple Amazon search will yield a myriad of results ranging from ten dollars to hundreds.

Of course, you probably already have the materials needed to create cold brew coffee in your kitchen (minus, perhaps, a coffee grinder).  A cold brew maker would be more suitable for someone who makes cold-brew regularly and wants to simplify the process even further.

How to Serve Cold Brew Coffee

The concentrate you just created isn’t really meant to be consumed straight.  It should be poured over ice and combined with water.

The strength of your brew is going to vary with the ratio of cold brew concentrate to water. Try starting with half concentrate/half water and adjust accordingly.  Note that the longer you let your concentrate brew, the stronger it will be, so keep that in mind for your next batch of cold brew.

If you aren’t a fan of straight black cold brewed coffee, here are some add-ins to improve your cold brew drinking experience:

If you plan on making a larger batch of cold brew, store it in the fridge as a concentrate (no added water).  Make sure to place a lid on it while it is stored.  In this form, it can last up to two weeks.   If you add water, it may only taste tasty for 2-3 days.

Cold brew coffee is cheap and simple to make at home.  Most of the work can be done on your counter or in your fridge while you sleep.  Perhaps this explains in part why cold brew seems to be gaining popularity in many food establishments– the potential of high profit from little labor.

One benefit (if you see it as that) of cold brew coffee is that you can make a  more intensely caffeinated beverage than regular coffee.  According to bonappetit.com, if you make your cold brew with a ratio of one pound of ground coffee beans to one gallon of water, you will create a concentrate that has twice as much caffeine as a typical cup of coffee.  From there, you can dilute it as desired and lower the caffeine content accordingly.

Besides possibly giving you all the caffeine you need to fuel your sleep-deprived life, cold brew may have some health benefits.  According to Healthline, cold brew may boost your metabolism, lower your risk of heart disease, and overall increase your life span (due to antioxidant content).

Keep in mind that regular coffee also offers many of the same health benefits, so if health is your goal, it really comes down to which taste you prefer. Also, cold brew can be just as low-calorie as regular coffee.

For example, a Starbucks cold brew drink contains merely 5 calories in 16 oz of coffee (without sweeteners/flavors/creamers, of course).  Many cold or frozen coffee beverages are packed with calories (think of those delicious, whipped cream topped Frappucinos).  Cold-brew doesn’t have to be, as the simplest form of the drink is merely coffee and water.

Cold brew is an excellent choice of beverage for cold coffee lovers. Being simple and inexpensive to make, it offers a unique spin on the classic coffee taste.  Cold brew offers the same versatility as regular coffee as it can be easily customized with sweeteners, creamers, and flavors.

If you are hoping to enjoy some homemade cold brew, some forward-planning is involved as the brewing process is lengthy, but one batch of cold brew can last you up to two weeks. 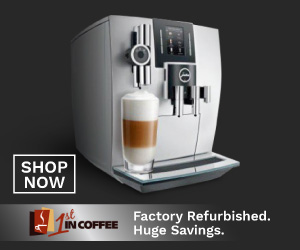